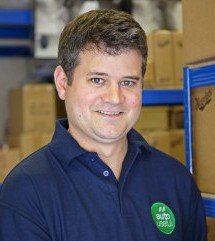 AutoUseful began life in 2006 selling a wide range of car accessories via the internet. Over the years we have launched our own branded products centering around car care and comfort. We now also wholesale our Posture Cushion range into over 80 outlets throughout the SouthEast of England.

2012 - PostureCushion brand launched with a range of five cushions.

2013 - Protex introduced into the USA via the Amazon US platform.

2016 - Started wholesaling the PostureCushion range throughout the South East of England.

2017 - Protex leather care range launched in the UK and the USA.

2018 - Separate web-sites introduced for both Protex and Posture Cushion brands.

2019 - New wheelchair cushion range launched in the UK and we now have a distributor for the Protex range in the USA.